Ever Wonder What Michael Myers Does the Day After Halloween? Short Film 'November 1st' Shows Us! 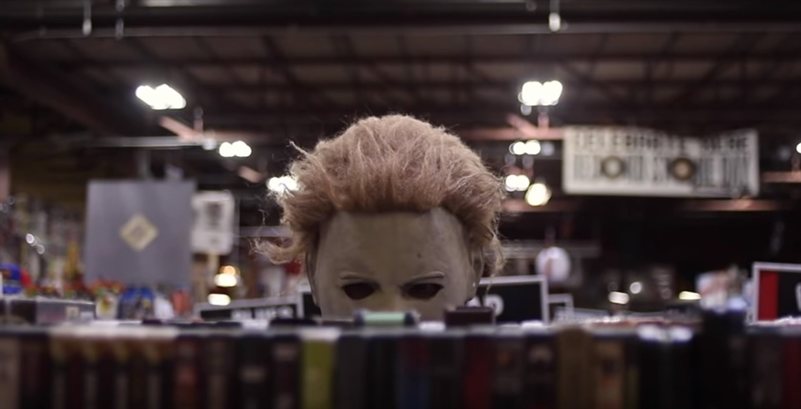 Michael Myers checking out some VHS movies at the store.
Photo by: Fright Rags - November 1st: A Short Film via YouTube

Whether you're a fan of the Halloween films or not, which most likely you are if you're reading this, we all know the story of Michael Myers and the havoc he causes on Halloween. But, have you ever pondered about what the character does the day after? A short film called 'November 1st' was released by Fright Rags Productions, answering that exact question for us.

The three-minute online film shows horror fans what one of our favorite killers is up to after he causes havoc on Halloween. And oddly enough, it appears that he's a regular guy who seems to be just like the rest of us.

The video shows Myers doing everyday things, such as sleeping in, drinking some coffee, taking the garbage out, going to a local cafe, and renting a video on VHS. Pretty average, huh? And of course he is still dressed as the Michael Myers we all know and love!

What are your thoughts on November 1st? Let us know by commenting below!