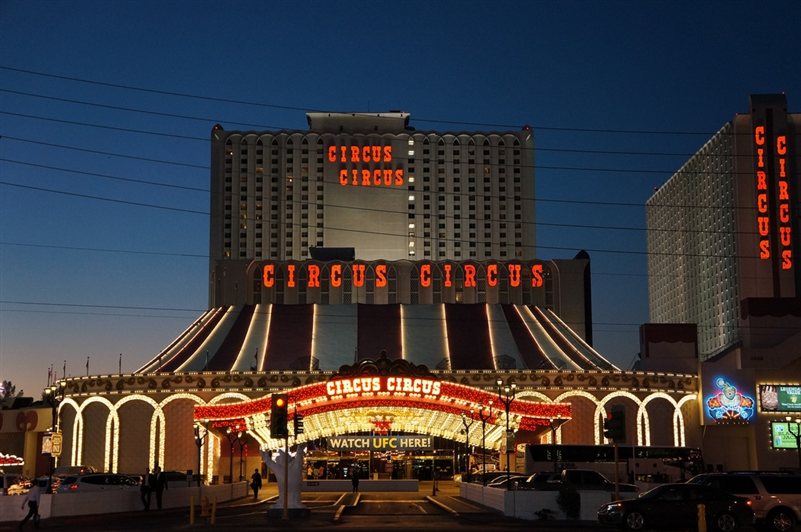 Room 123 of Circus Circus Hotel & Casino is believed to be haunted by a mother & son who died there as part of a murder suicide.
Photo by: Jon Fingas, via Flickr. (CC BY-ND 2.0)

Sin City is a place like no other, and as a place filled with all sorts of fascinating and unique history, you can bet there are some seriously haunted places throughout the city of lights.

Whether you're a Las Vegas native or you're just passing through, if you love haunted history, you'll definitely want to check out these cool places while you're visiting the City of Sin - if you're feeling brave enough.

Have You Visited Any of Vegas's Real Haunted Places?
Share Your Experiences in the Comments Below!